Hash browns are one of those foods that  I LOVE in theory and yet always fall short in reality. Those limp pre-shredded things you find at diners just aren’t that great, really. In case you can’t tell from the picture, I like my hash browns super crispy and even a tad overdone. Also, without containing any actual potatoes. ‘Cause those things really aren’t Paleo. And since I’ve now discovered that I can make amazing Paleo sweet potato hash browns at home, I’m never going to waste another treat meal on some soggy taters. The secret for crispy-crunchy sweet potato hash browns? Arrowroot starch.

These are super easy and fast to make, unless you want to devote an inordinate amount of time to almost-burning the things like I do! Shred or grate your sweet potato, then squeeze as much water out of it as possible, pressing it between a clean dish towel or some paper towel. 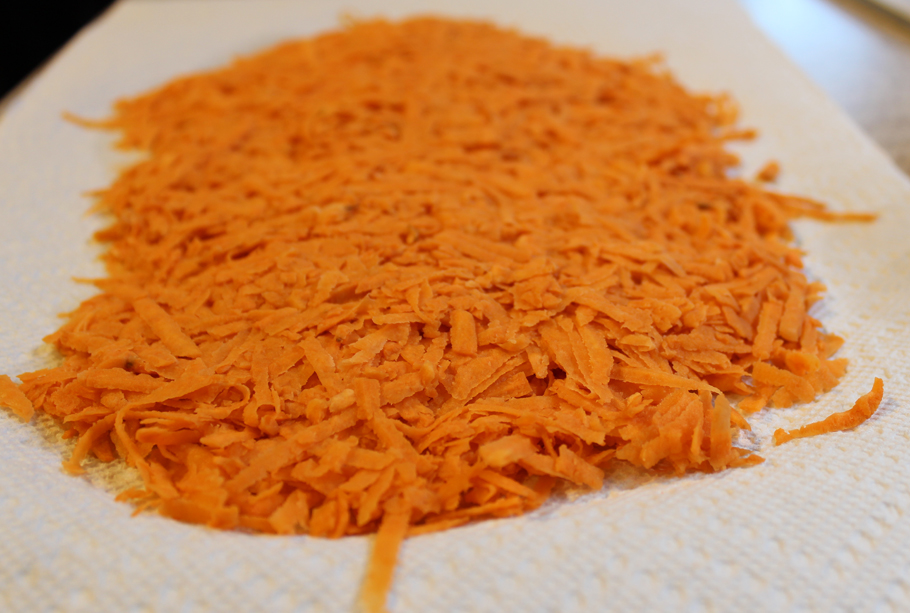 Add the sweet potato to a large bowl and mix with arrowroot powder and whatever seasonings you like. Mix the potato thoroughly then spread out on a hot oiled skillet. Cook until browned on one side then flip / toss to cook evenly. Extra time in the pan makes those yummy crispy bits! The sweet potato will shrink down quite a bit as it loses moisture, so you may need a little more sweet potato in the pan than you think. The secret ingredient sweet potato hash browns is adding a little arrowroot powder. If you love the crispy edges, these are the hash browns for you!