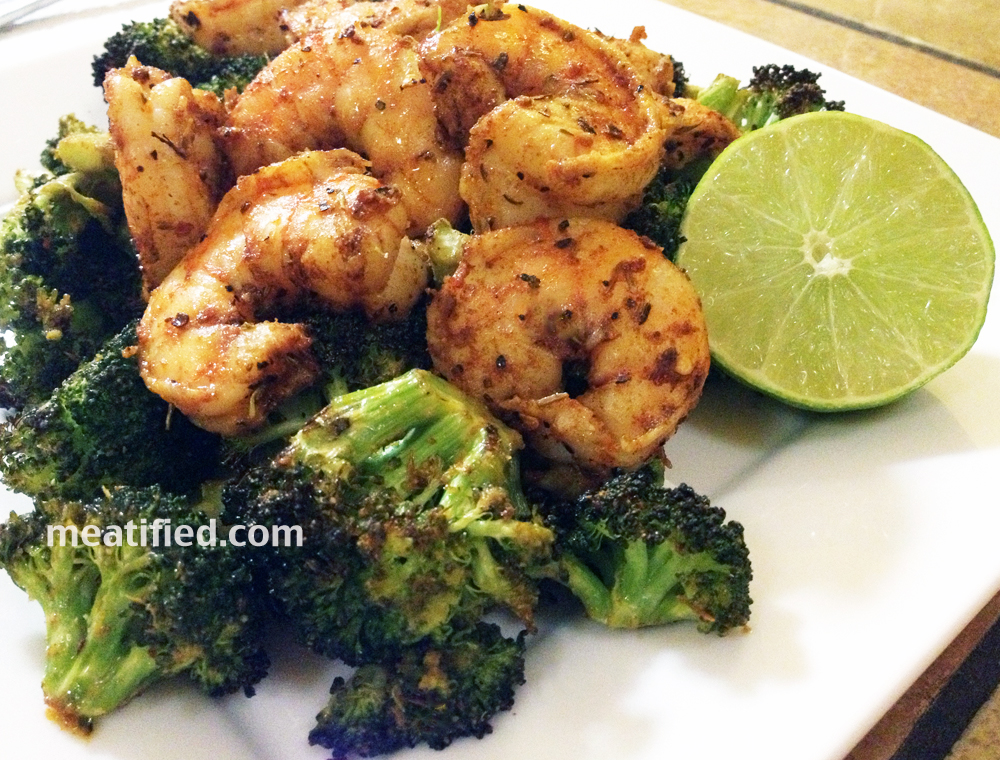 You may have noticed I’m on a broccoli kick. Really, it’s the glorious side effect of broccoli being on sale for less than $1 / lb, muahahaha. Since I needed to use the last of my bazillion-pound purchase, I decided the best way was to roast up the last 1 lb. This dish came about on one of those nights when you’re so hungry that you actually can’t wait to cook something and are teetering very close to the edge of either (a) eating something super unhealthy or (b) forgoing dinner altogether for a miscellaneous assortment of randomly selected snacks that isn’t very satisfying. That’s where this weeknight shrimp and broccoli dish comes in. This isn’t so much of a recipe as it is a method. A really simple no-thinking-required way of getting a paleo meal on the table without having time to even contemplate looking for a takeout menu. And we all need some of these little backups.

I used broccoli because that’s what I had on hand, but you could use anything you have lying around really: onions, peppers, squash and mushrooms would all work with a little adjusting of cooking times. I used jumbo shrimp (18 / lb; guess what, they were on sale!) so this even felt decadent! If you don’t have those laying around, no biggie, just reduce the broiling time at the end. I used a homemade version of this Cajun style seasoning without the salt, but you could use whatever you fancy. Pretty much anything is going to taste good!

First off, toss the broccoli in a little oil plus whatever spices you fancy, spread it out in an even layer over a baking tray and throw it in a 425F oven for 15 minutes, like so. Season some shrimp to taste while you’re waiting and after 15 minutes, turn the oven off and turn on the broiler. Smush the broccoli to the edges of the tray and lay your shrimp out in the middle. Broil for 2 minutes on each side (less if your shrimp are smaller). These are great as is, but a good generous squeeze of fresh lime juice over the edge really makes the flavors pop =) And now you have plenty of time for Tumblr. Or something. You can make this fast weeknight shrimp & broccoli dish on one baking tray. And it’s faster, fresher and tastier than takeout!